Home Is a Foreign Place: Recent Acquisitions in Context 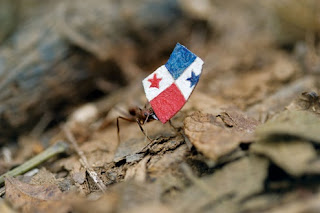 Opening April 2019 at The Met Breuer, Home Is a Foreign Place: Recent Acquisitions in Context will present a diverse group of paintings, sculptures, installations, and videos made between 1944 and 2016 that explore artistic engagements with language, architecture, space, seriality, politics, and media. Highlighting recent acquisitions from Latin America, South Asia, the Middle East, and North Africa, alongside existing icons of American art from The Met’s collection, this thematic installation asks viewers to reconsider what it means to make a home in the world, whether by chance, necessity, or choice.
“The Met collection—and the stories and themes we can explore in our galleries—is continually evolving, as acquisitions offer fresh viewpoints and invigorate the context within which we understand well known works of art,” said Max Hollein, Director of the Museum. “This display foregrounds both new and familiar pieces that address the effects of history on culture, and of our place in the world.”
Sheena Wagstaff, Leonard A. Lauder Chairman of Modern and Contemporary Artcommented: “The notion of ‘home’ is complicated and associative; it evokes space, place, and belonging as well as absence, fragility, and sometimes trauma. This exhibition takes that complexity as its foundation, and includes a range of works inspired by the exchange of ideas and identities across national and artistic boundaries. As such, Home Is a Foreign Place is a fitting coda to the ambitious, propositional, international program we have developed at The Met Breuer.”
Major world events since the 1940s have had an impact on artists across the world and crucially inform the art of our time. For example, in his painting White Flag, made in 1955 during the Cold War, Jasper Johns crafted a bleached, erased form that complicates our relationship to a highly charged American symbol, while Simryn Gill, in her series of photographs of abandoned and looted buildings entitled My Own Private Angkor (2007-2009), created a personal archaeology that hauntingly reflects the regional economic and political changes of Malaysia. Formally and materially distinct from each other, both works nonetheless speak to issues of national identity in a global world.
Taking its title from Indian-born American artist Zarina’s 1999 suite of 36 woodcuts, this thematic collection display opens with linguistic explorations of abstraction: works by American luminaries such as Mark Rothko and Adolph Gottlieb are shown alongside their international contemporaries, including Saloua Raouda Choucair and Ibrahim El Salahi. The exhibition continues with works by artists including Bruce Nauman, Heidi Bucher, Mark Bradford, and Anna-Bella Papp that address the measuring of space and the traces left by lives lived in architecture. Works that physically enact such spatial dynamics follow with Kazuko Miyamoto’s 1977 untitled installation of string and nails, among others. The exhibition concludes with recent experimentations with a range of media as they relate to issues of conflict, migration, displacement, and colonialism. In these final groupings, the transnational practices of artists including Donna Conlon, Cornelia Parker, Malcolm Morley, Thornton Dial, Robert Rauschenberg, Edgar Heap of Birds, and Adriana Varejão are brought together to show how each, in its own way, speaks to the politics of home.
Home Is a Foreign Place: Recent Acquisitions in Context is organized by a team of curators in the Department of Modern and Contemporary Art at The Met, led by Sheena Wagstaff, Leonard A. Lauder Chairman of Modern and Contemporary Art, Brinda Kumar, Assistant Curator of Modern and Contemporary Art, and Meredith Brown, Research Associate.